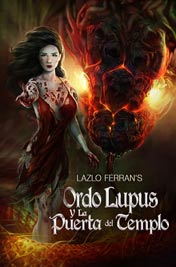 This has Chinese, German, Spanish, Portuguese and French sections.

END_OF_DOCUMENT_TOKEN_TO_BE_REPLACED

I am delighted to announce that Ordo Lupus and the Temple Gate is now available in Chinese! Unless you read Chinese, you won’t want to read the rest of this post!

To celebrate what I hope will be a wonderful Christmas for my readers, Ordo Lupus and the Temple Gate – Second Edition, featuring shifter mythology (if you love vampire or werewolf sex, this is for you) will be free from 23-27 December on Amazon: http://bit.ly/1gWteFq

Is this Project Aurora Technology?

I have been reading The Hunt for Zero Point by Nick Cook and I am more convinced than ever that The Skunk Works have used technology from the Nazi secret project Die Glocke (The Bell) during WWII to power the new project Project Aurora spy plane (codenamed SR-91), developed at the Skunk Works or Area 51. END_OF_DOCUMENT_TOKEN_TO_BE_REPLACED

Operation Peppermint
The hazards posed to nuclear veterans – whether personnel (including down wind civilians) were present at Trinity, Hiroshima and Nagasaki (included the targeted civilians) or at nuclear test areas thereafter – were well known prior to the formation of Manhattan Project. Indeed, radiation sickness had been fully described by medical authorities in Europe and the US in the 1930s. The radium dial painters – their illnesses and suffering – were tracked by US authorities from the 1920s until the last worker died in the 1990s. (Being the first human radiation experiment conducted without victim permission.) Many such workers suffered decades of ill health, many died in the 20s and 30s.

Read more about WWII radiation experiments, including the project to build and detonate and Nazi Atomic Bomb in my forthcoming book: December Radio, to be published around 29 January 2016 by A-Argus. END_OF_DOCUMENT_TOKEN_TO_BE_REPLACED

The Synchronicity Code was out a week ago and to mark the occasion Rukia Publishing have done a Meet the Author page about me. You will find out a lot of new things about me and the book there! http://ow.ly/Ui1gL

Plus there is a little more about me on Sarah’s Blog (you have to scroll about half way down page to 5 November) here: http://www.rukiapublishing.com/sarah-janes-blog

I have often been asked this and the answer is 5 November!

The Synchronicity Code – Part 3 in the Ordo Lupus is finally here!
It will be only $1.53 until 12 November, after which it will rise to the standard retail price which will be at least $4.99. You can already order copies on Smashwords and Google Play. Here are the links to retailers (you may already be able to buy it on Amazon).

Description
An immortal Greek mercenary abandons his quest to meet Christ in Jerusalem so he can rescue a dying archaeologist.

The mercenary, Zosimyache, is a libertine vampire who travels through time, aloof from mankind. He is looking for absolution but things become more complicated when he finds out that the archaeologist is a werewolf.

With only three days to live, the werewolf persuades Zosimyache to help him rescue his lover, the beautiful but treacherous witch, Georgina, from Hell.

But Zosimyache will get a bigger surprise than he could ever have imagined in the struggle to save Georgina.

A cosmological thriller that will open your eyes and close the book on the Ex Secret Agent trilogy, but Zosimyache’s story will go on… 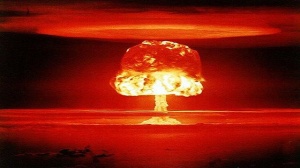 If we don’t stop destroying the planet and making wars, we have no future.

Read my latest treatise on war, December Radio, when it is published by A-Argus in January 2015:

Based on real events.

February 1945: despite the Allies turning the tide of war, the Nazi’s are almost ready to test their ultimate weapon off the coast of America. A weapon which could win them the War.

Two Dutch brothers are thrown into a chaotic world of spies, traitors and scientists when Arnaud is incarcerated in a concentration camp as a dissident and forced to work on the secret weapon project. Their mother begs his older brother, Carl, to find him and bring him home.

A fascist who loves only smart clothes, jazz and women, Carl disowns his brother. But after witnessing a murder, he is forced to hold a mirror up to himself.

Arnaud is desperate to stop the project. But he is dying, hanging on, hoping his brother will come…

Bargain offers!
The third book in the Ordo Lupus series, The Synchronicity Code, is out on 5 November. To celebrate this the Halloween classic, Ordo Lupus and the Temple Gate – Second Edition (the on with the original Secret Codes), will be only 99 cents on 30 October.

And don’t forget that with the release of The Synchronicity Code, you will have all the clues you need to win the $500 Prize offered with the free book Vampire -Find my Grave

In case you missed it, here is the interview I recorded on 13 July for The Authors Show, in which I talk about writing and Ordo Lupus and the Temple Gate: