The second volume in the Iron Series is now available on Amazon and Smashwords.

Here it is on Amazon 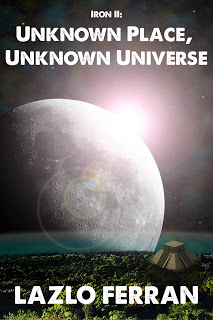 I have completed the penultimate edit of Iron II. It was a bit of an epic. I was determined to get it down from 104,000 words to less than 100,000. Every time I cut out chunks it still seemed the same lenght. I don’t know how that was possible. I cut out a whole chapter and it was still 104,000 words long. Admittedly I had to add some stuff back in to make the story flow and keep the continuity. The last 10 words took 2 hours but it is now 99,998 words long. Hope to publish in about a month.

I have also rewritten the ending of Ordo Lupus II and I think its much better. It also resulted in a story 30,000 words shorter. At 80,000 words, it could be my shortest yet. It wasn’t really the length that bothered me, but that the original climax followed by a second climax didn’t seem to work: the momentum was lost somewhere. Now, I think it works really well. Hope to publish this one later this year.

I have finally started on Iron III which will revolve totally around Jake Nanden again and have many more battles. I see Iron II now as the eye of the storm in the flow of the trilogy.

I am already making tentative steps towards writing a very serious novel which I hope will break a few boundaries. It will certainly be ‘adults only’.

I also am developing an outline for a story set in WWII and basically revolving around aircraft. In Ordo Lupus there was a raid on Holland in WWII and I really enjoyed writing it. I had good feedback from readers who like that sort of thing but other readers found it boring. So it would nice to try a book for those that might enjoy it. Of course there is a risk I am trying to many genres and I might lose credibility. 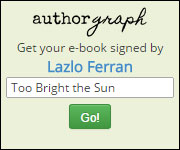